This maternity shoot was extremely special for me because the father-to-be, T.J. Savero, has been my best friend for over 30 years! It’s a friendship that developed through our passion for baseball. In less than two months, T.J. and his wife, Jessica, will welcome a son, Dominic, into a family of N.Y. Yankee fanatics! So, when I was asked to do this shoot, I knew there was only one place that would suffice; the home of the triple-a affiliate of the Yankees. PNC Field in Moosic, PA is a newly renovated ballpark that was simply breathtaking on this first Sunday in May. The day boasted 70 degree temperatures and sunshine, without a cloud to be found. Freshly cut grass blanketed the field and the perfectly polished stadium cast a shadow of happiness over the couple as they embraced their roles as parents-to-be.

I’ve heard people describe expecting mothers as having that “glow,” well Jessica was radiating with it on this day! Posing her was easy because she was natural with every turn, every look, and every gesture. 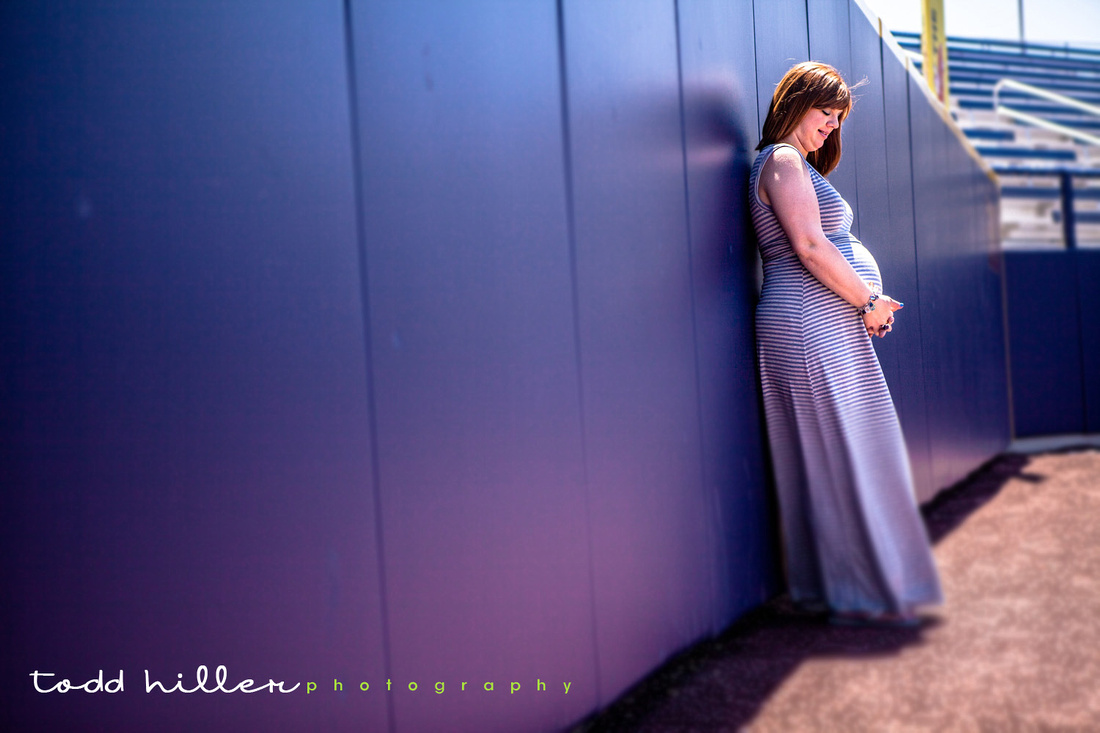 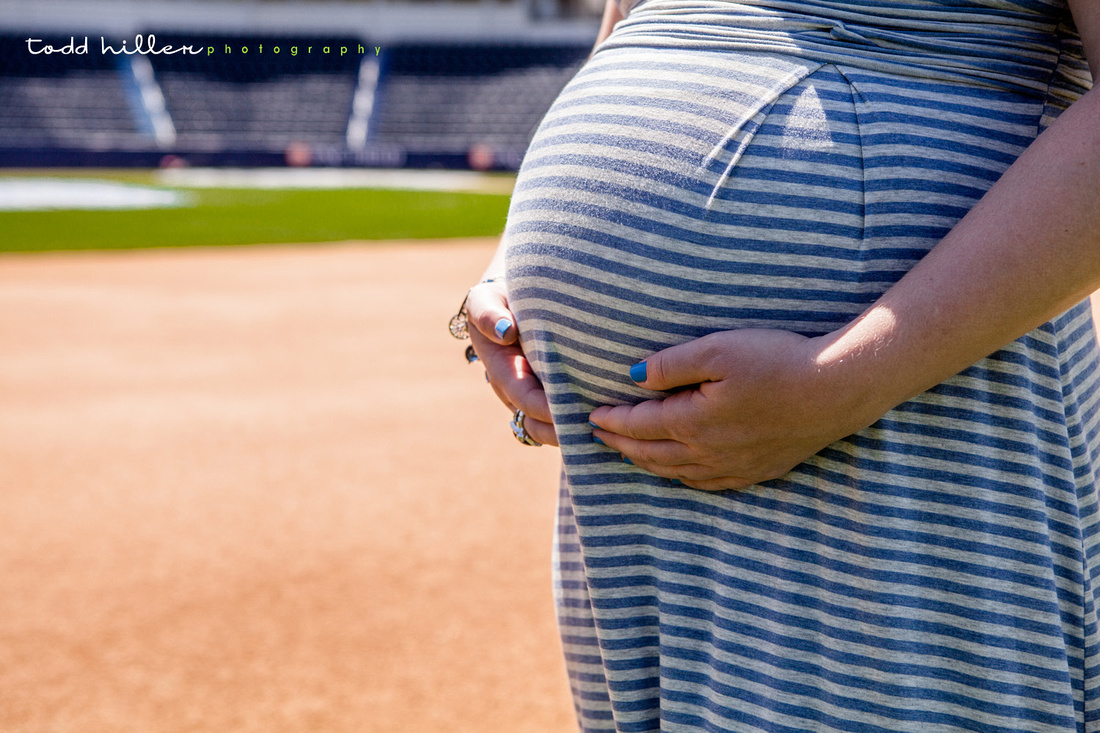 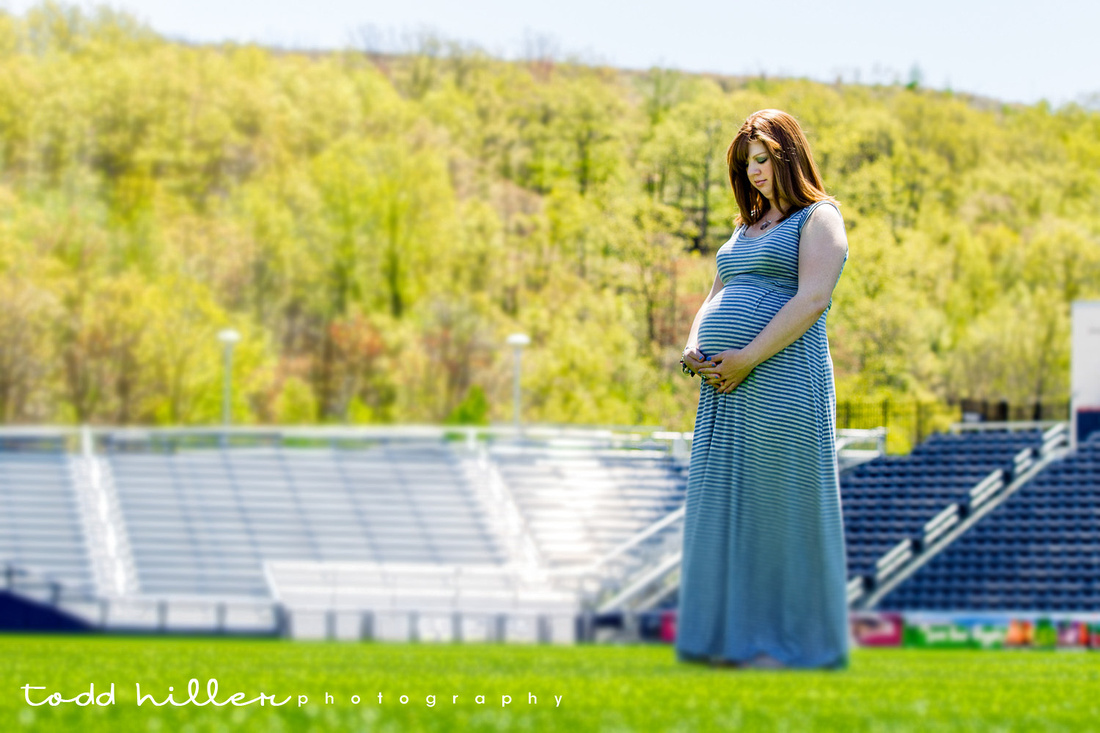 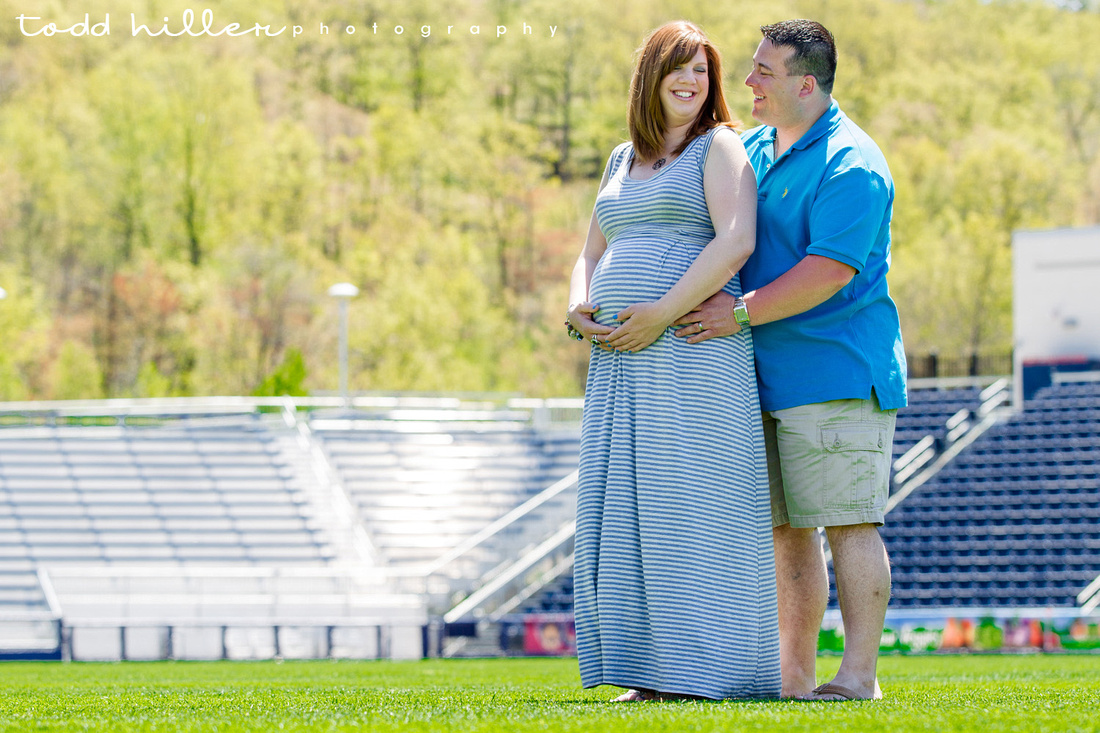 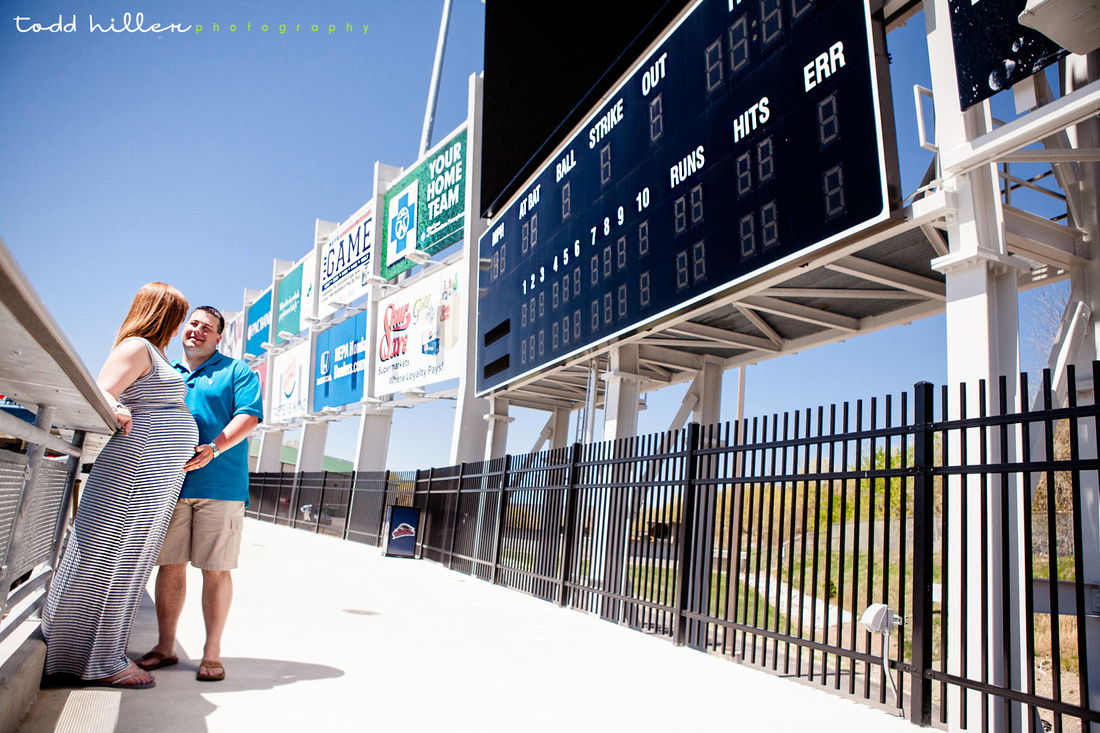 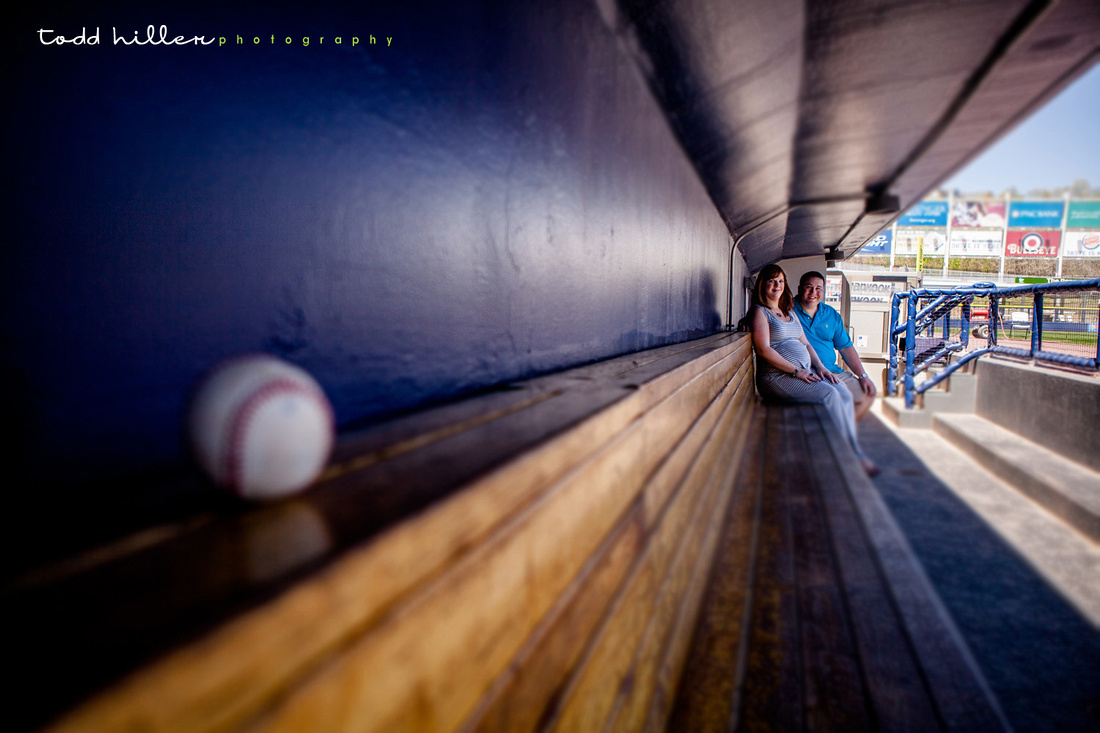 There was a sense of privacy within the dugout’s walls that allowed for a more intimate setting. 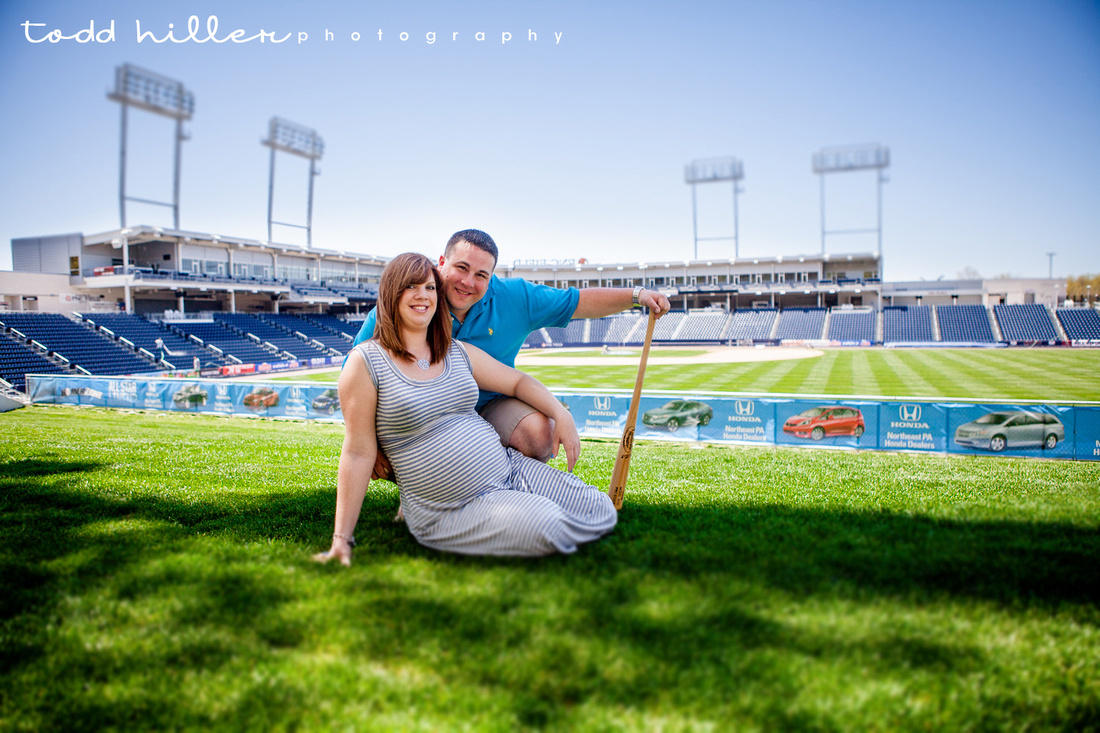 She was a trooper! From pictures in the dugout, to the wall in right field, to the pitcher’s mound, to the scoreboard in left, and finally to the grassy knoll in right; we used every corner of the stadium. I also snapped some photos with the usual game pieces; a baseball bat and ball, which added familiarity to our setting. 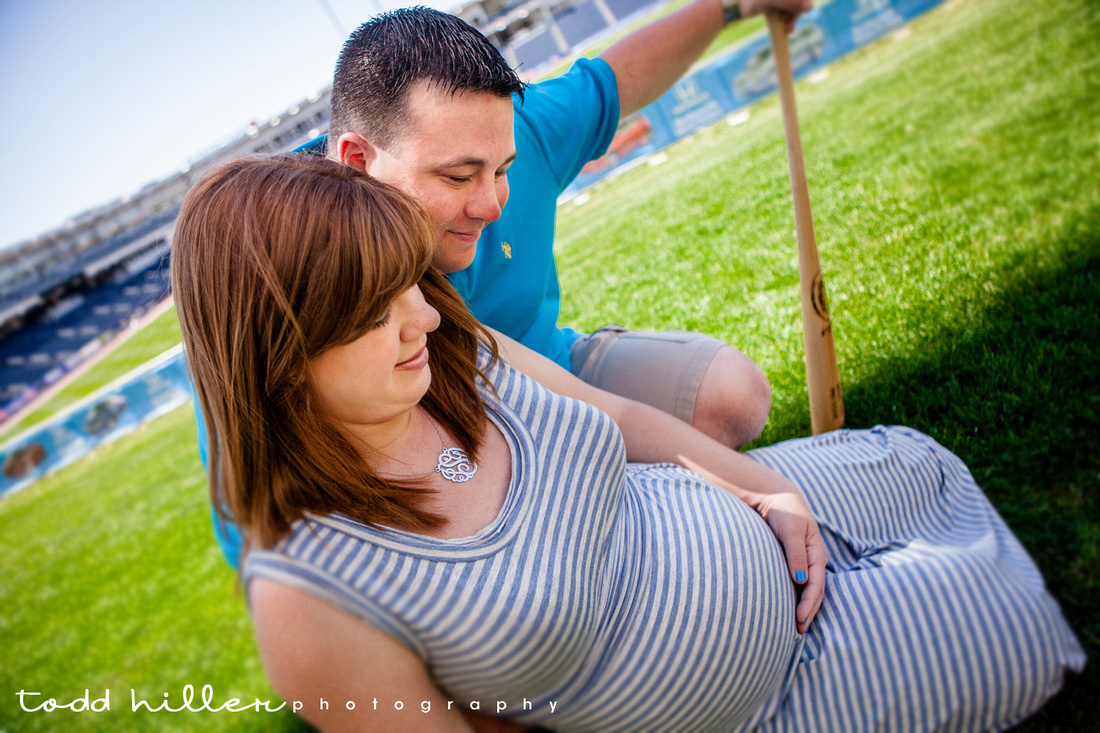 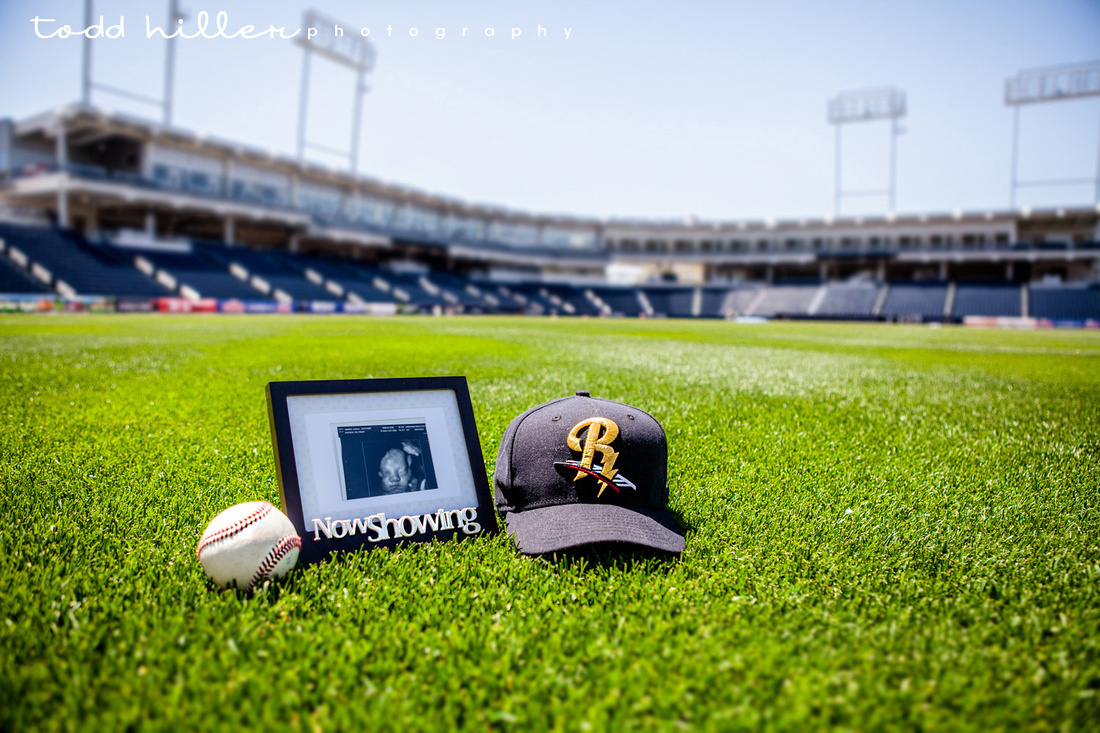 It was Jessica’s idea to bring a framed picture of their sonogram which became a great addition to our props! 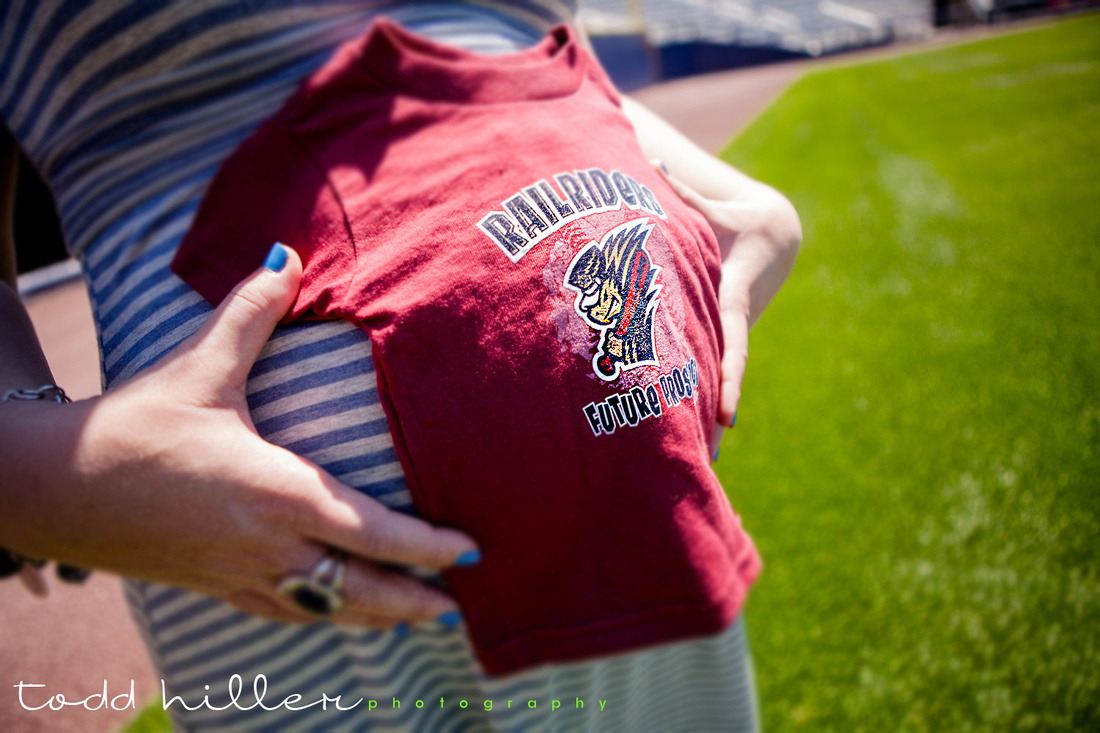 My first shoot at the home of the SWB RailRiders was more than I could’ve hoped for. It was a beautiful display of a young couple’s happiness for their unborn son. A special thanks to the staff at PNC Field for allowing me to use this stadium, and to T.J. and Jessica, I can’t wait to shoot baby Dominic’s first tee-ball game in just a couple of years.